Home » Berlin: The capital for Ruby on Rails developers 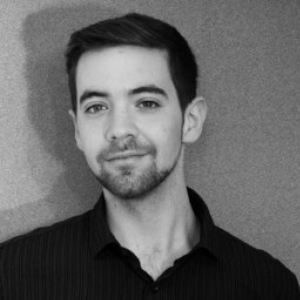 Berlin: The capital for Ruby on Rails developers

Software developers who were looking for a job in the first half of 2019 were able to identify an interesting trend: In Berlin, Ruby on Rails developers are being sought after by hand. It is easy to find several hundred corresponding job offers. But why are the chances of finding such a job in the German capital so much better than anywhere else?

Ruby on Rails was already considered doomed in 2017

The framework based on the Ruby programming language seemed to have extended its life. In summer 2017, tech-magazine “t3n” considered it to be just a matter of time until it “dies”. It quoted Zed Shaw, who wrote the book “Learn Ruby the Hard Way”. The expert predicted the death of all “backend kings”, as many things that used to have to be done on the server side could now be done on the frontend. An increase in the popularity of both the Ruby programming language and the framework seemed “very unlikely” to him. As the German saying goes: “people who are said to be dead, live longer”. Shaw misjudged two processes that caused the turnaround: one has to do with Ruby on Rails itself and the other revolves around Berlin as a location.

From scratch: Ruby on Rails has changed skillfully

Ruby on Rails has done something Shaw didn’t trust the community behind the framework to do: It reinvented itself almost from scratch. As a web framework, it is now ideally suited for the job of web app development. For example, “Action Cable” has been integrated, via which WebSockets can be seamlessly connected to the rest of the Rails application. The Rails app thus allows a bidirectional connection between the web app and the web server, whereby data transfer can be performed in real time. Action Cable allows to prioritize and authorize such connections. This means that some connections can be given priority over others. In addition, a setting can be made that stipulates that each connection must be authorized. Ruby on Rails provides a special code section as “Connection Identifier”. In addition, channels can be set up that are assigned to specific connections. Channels are logical work units that are able to perform certain tasks or processes. For example, a “ChatChannel” can be set up via Action Cable. Using an app programmed in the framework, a support chat for application users can be established in this way. Users (consumers) join a channel through a subscription, meaning that their individual connection is the subscription. The associated code can look like this:

# app/channels/streaming_channel.rb class StreamingChannel # Called when the consumer has successfully become a subscriber to this channel. def subscribed; end end

So ActionCable made it possible that the range of features Ruby on Rails offers had to be re-understood from the ground up. Countless new possibilities were suddenly open to anyone working with the framework as a job. And that was not all that this language had in store. In version 5.1 released in 2017, methods for generating web forms were added. In Version 5.2 released in 2018, made it possible to make cloud storage usable (e.g. from Google or Amazon). Ruby on Rails 6.0, which is on the verge of release, goes even further: support for various databases can be integrated in the future.

Berlin is a good place for startups
The newly gained popularity of Ruby on Rails explains why software developers are being sought after again. However, it doesn’t show why Berlin is a particularly good place to find a job. To answer this question, the German Startup Monitor is a suitable aid. It shows that Berlin is the startup capital par excellence in Germany. 16,8% of all German startups are founded in the Spree metropolis. Berlin is a generally a good place for anyone looking for a job in the technology sector. In addition, almost 50 percent of the start-ups based in Berlin are in the digital economy. The latter benefits particularly well from Ruby and the associated framework. A corresponding company therefore almost inevitably advertises a job for software developers with the appropriate expertise. Expressed in figures:

– 18,1% of Berlin startups are in the Software as a Service sector

– 13,8% are specialized in IT/software development

The German Startup Monitor also provides an impressive finding: there are significantly more Fintech startups in Berlin than in the German banking capital Frankfurt. Companies fleeing from London from the threat of Brexit would predominantly opt for the German capital rather than the main metropolis, the report continues. This trend in the Fintech sector will become even stronger.

Job as Ruby on Rails software developer in Berlin: the situation will probably improve

The generally positive climate for high-tech start-ups will not change in the future. For example, High-Tech Gründerfonds announced in 2018 that it would further expand its presence in Berlin. A new sub-fund with a volume of 310 million euros was found for this purpose. The situation for every Ruby on Rails software developer looking for a job in Berlin will improve in the medium and long term.