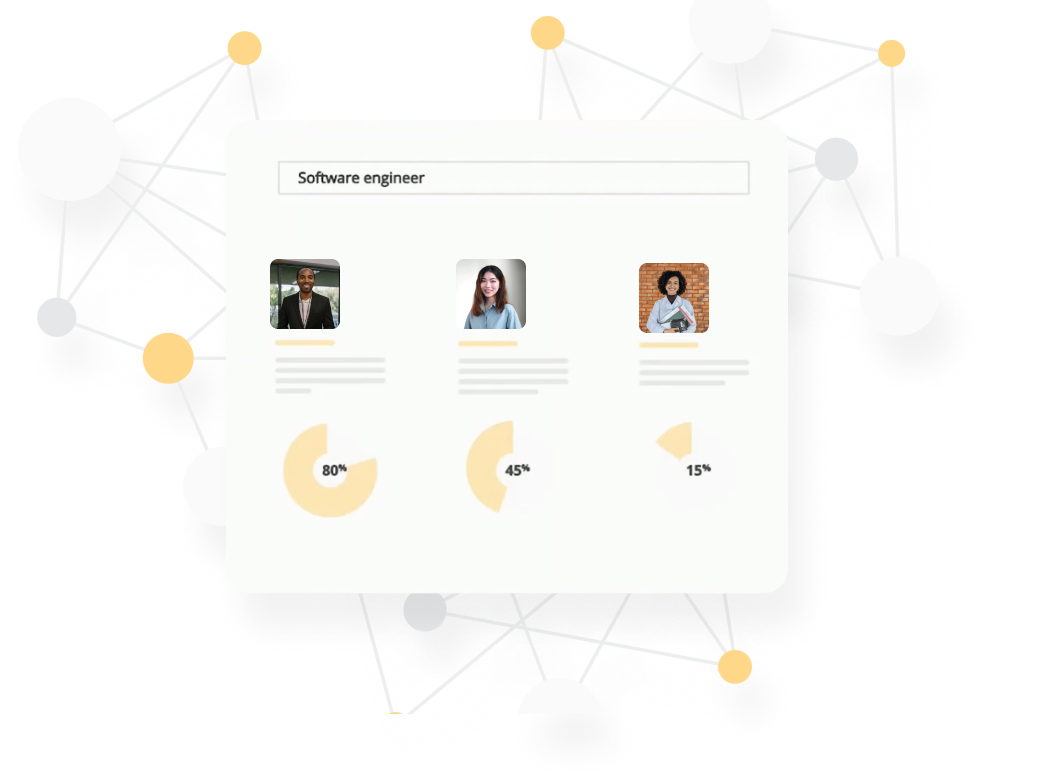 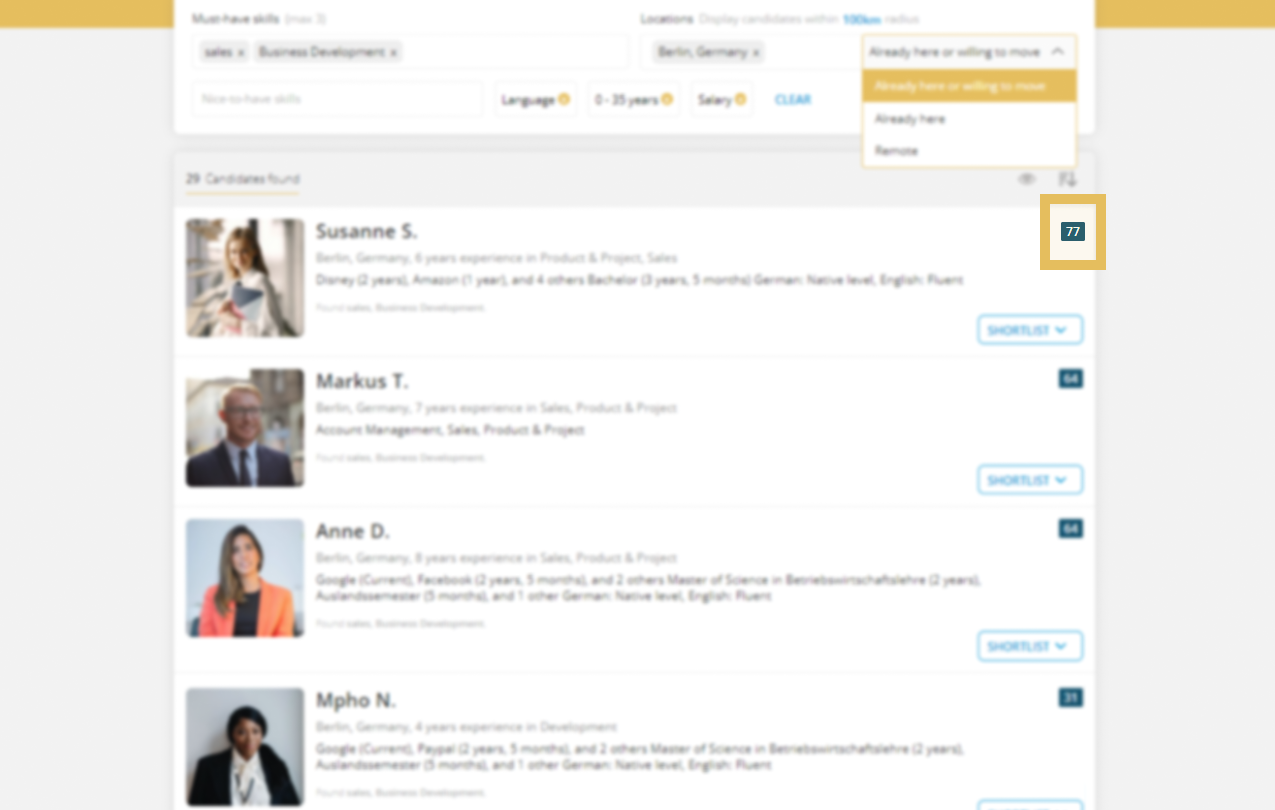 Taledo makes finding candidates with the right skills for your open positions straightforward and uncomplicated. To do this, Taledo uses its own developed and EU-funded Artificial Intelligence, which relies on a semantic search using NLP methods as well as its own scoring algorithm. Matching is trained for interview invitation because it is beyond the control of what happens in a face-to-face interview between the candidate and recruiter. Thus, Taledo's Smart matching feature makes the recruiting process more efficient through appropriate pre-selection, but leaves the process decision-making to humans, based on personal impression. 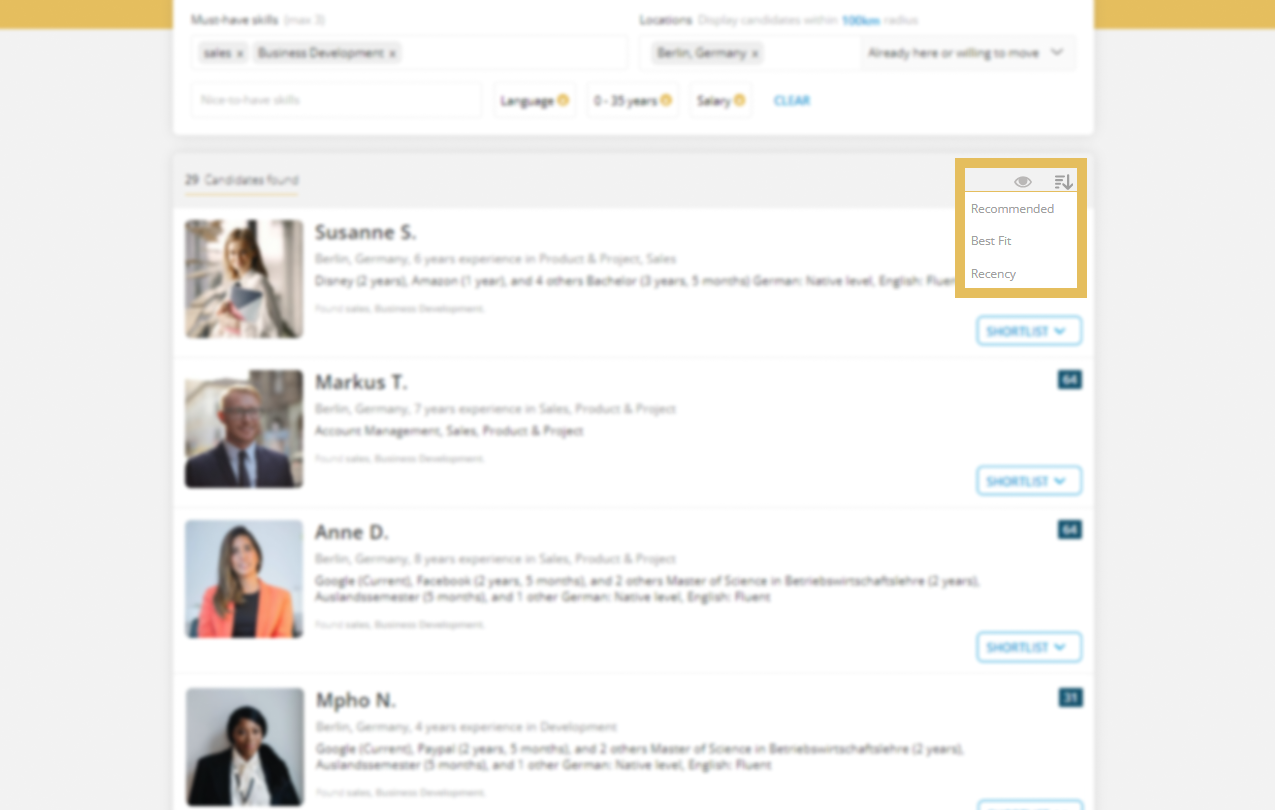 What makes Taledo stand out is its belief in people's abilities and not having to completely replace them - the "human touch" should be preserved. Therefore, both candidates and companies have a contact person. This interpersonal process is intended to build trust. The company's own technology is also used internally, so that not only users benefit, but also employees. The collaboration between humans and machines creates a more efficient process.

Matching is trained for interview invitation